In Astrosaurs series, all the characters are reptiles, however actually played straight along with Predators Are Mean as the heroes look more humanoid or mammal-like while the villains have much more pronounced reptilian traits. While the civilization most attuned to and appreciative of snakes, the Nyissans, are usually portrayed as a rather sinister, corrupt, and amoral people, eventually the chief eunuch Sadi becomes a rather amusing hero, and he brings his pet snake Zith, an intelligent, extremely lethal but extremely affectionate and endearing snake with almost cat-like habits.

The only member of the party who doesn't take a shine to her is Silk, whose snake-phobia is more comical than rational. Zith's habit of curling up and sleeping in the bosom of Silk's love interest does not help this. Nor does how Silk finds out The leader of Nyissa getting turned into a giant snake actually improved her morality from sinister and vamp-ish to amoral and dispassionate. The Snake-God Issa, meanwhile, is a decent enough fellow, though a bit forgetful and not very attentive.

Gator Gumbo : The main character is an old alligator that can no longer catch prey. The other animals taunt him over this. In the end, he makes a batch of gumbo.

The other animals refuse to help but want some. So they get close enough and he sweeps them into the pot, cooks, and eats them.


It probably qualifies as a Family-Unfriendly Aesop as well — Don't be a jerk and never underestimate old people or they will destroy you! Similar to the Disney's Aladdin example, the Queen of Underland in The Silver Chair turns into a giant snake when she finally runs out of subtler options for killing the heroes.

Prince Rillian is glad, because it meant he wouldn't have to kill a woman. Debora Chester's Alien Chronicles series has the Viis, who resemble giant frilled lizards. They're a despotic race that has enslaved various mammalian races, with the only other reptilian species being their allies instead. When the mammalian races leave to find a utopia, not even their Viis underclass allies go with them, and what becomes of the turtle-people is never said. The web page for the series even invokes this trope.

In Clive Barker 's Abarat series, despite the archipelago of Abarat being home to a host of wildly different creatures, Finnegan Hob is out to kill all dragons, even young ones, because one of them killed his bride.

All dragons appearing on-page are unsympathetic and ugly , while Hob is depicted sympathetically, and none of the other characters have a problem with him wanting to commit genocide of a sentient species. This unnuanced portrayal of dragons is rare in modern fantasy.

In Taylor Anderson's Destroyermen series, a pair of WWII destroyers slip sideways into a timeline where dinosaurs were never wiped out and humans never evolved. Instead two other intelligent races did, one mammalian, one reptilian. Guess who the bad guys are? It should be noted, however, that the Grik as they're called are actually more bird-like than reptile-like, complete with feathers. In his Pellucidar series, Edgar Rice Burroughs created two reptilian species: the Snake People Horibs who are villains right out of central casting, and the more nuanced Mahars who are telepathic, parthenogenic pterosaurs who start out ruling Pellucidar but are overthrown by the human hero.

It later turned out that the Mahars — who are deaf and communicate entirely by telepathy — were unaware that humans were sapient. Subverted in that the Serpent Queen is actually pretty nice and friendly to the other protagonist. Inverted in Chess With A Dragon. Mammalian races are an extremely rare fluke in this novel, hence most civilized species insist that Mammals Are Abhorrent. The Builders only has three notable reptilian creatures: a salamander and snake who are both assassins with a high body count, and the Toad Lord, a corpulent toad who's responsible for the current state the country is in.

In The Book of Night with Moon by Diane Duane , it is revealed that humans' association of reptiles with evil in the Book of Genesis and elsewhere is due to the lizard people choosing to align with the power of evil. Also, both feline mythology and cetacean mythology has Satan taking the form of a giant snake.

The city of the sentient lizard people is a horrific Crapsack World which runs on systematic oppression and cannibalism. However, the victory of the heroes give the lizard people a chance to choose a better path, and the lizard Ith becomes a sympathetic character. By the second book, the lizard people are as moral and agreeable as any other species. Harry Turtledove 's books have The Race , which initially seem to be this trope perfectly personified , along with many other tropes related to villainy, but later they're revealed as being simply arrogant but chivalric beings.

Robert E. Howard 's stories of King Kull include the Serpent People, an ancient, pre-human species that survived the extinction of the dinosaurs. They were evil, dying out, yet determined to retake the world for their species.


Among their magical talents was the ability to cast a glamour that made them seem human to observers. The illusion was so good in one story that Kull himself doubted for all of a minute his own existence. After which he killed the imposter. Death broke the spell, revealing the truth.

Howard would continue the tradition in his Conan the Barbarian stories, which had the evil cult of Set, the Old Serpent, as a primary adversary for the Cimmerian. In the novel The Hour of the Dragon , the priests of Set keep giant snakes. The Cimmerian recoiled, remembering tales he had heard — serpents were sacred to Set, god of Stygia, who men said was himself a serpent. 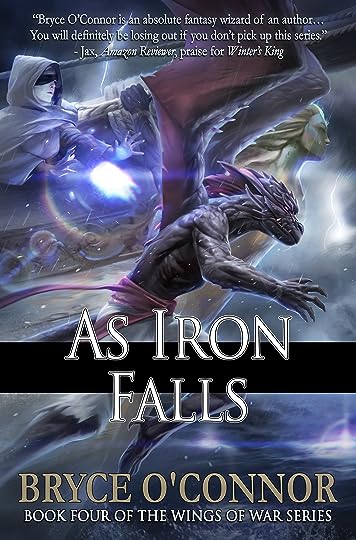 Monsters such as this were kept in the temples of Set, and when they hungered, were allowed to crawl forth into the streets to take what prey they wished. Their ghastly feasts were considered a sacrifice to the scaly god.

Live-Action TV. Star Trek : Star Trek: Enterprise introduces the Xindi, a set of related somehow species who each have evolved from a different species and yet are all at least vaguely humanoid. There's the dolphin-like Aquatics, human-like Primates, human-like if hairier Arborials, ant-like and scary-looking Insectoids, lizard-like and also scary-looking Reptilians, and the extinct and presumably birdlike Avians. You win no prizes for guessing which two species remained villains.

The same can be said of the Hirogens in Star Trek: Voyager. DS9 also introduced the Jem'hadar, a scaly race of drug-addicted, genetically engineered Super Soldier fanatics who look like humanoid styracosaurs and worship a race of fascistic shapeshifter space amoebas. And despite this, they're the nicest out of all the races created by the Founders. Apart from a bare handful of Cardassians who thought My Species Doth Protest Too Much , the only exceptions were some background characters in the movies, revealing that The Federation does have turtle-people and lizard-people amongst its citizens; they just don't do anything.

Maybe they need more sunlight? A surprising subversion with the Gorn , with the one in question being forced to fight Kirk the same way Kirk was. What's more, the previous attack on the Federation outpost was a result of the Federation accidentally and unknowingly violating Gorn space. This misunderstanding, more than anything, was the cause of the fighting in the first place, and Kirk eventually suggested that the Federation and the Gorn could negotiate a peaceful solution.

According to the Expanded Universe , most of them are actually quite friendly, and over time the Gorn have become allies of The Federation. Though the trope itself is lampshaded in that episode when Kirk admits: "Like most humans, I seem to have an instinctive revulsion to reptiles.

When they first appear, they are disguised as humans, and the fact that they are actually reptiles hidden behind Latex Perfection is treated as a revelation just as horrifying as their attempt to enslave all of humanity. Sesame Street intentionally avoids the trope, featuring friendly introductions to "scary" animals to assure the kids that they're not mean.

There's a song about a friendly snake named Sammy. There is also one about an Alligator king and his seven sons; both song and alligators are pleasant. Farscape : The Scarrans are vaguely reptilian-looking and a major villain race throughout much of the series. More obvious, the snake found in the wormhole "wall" , which wants to eat anyone from another dimension although the ones that had the most encounters with it say it'll just mind its business. Stargate SG-1 : Subverted with the Unas. When first introduced, the lizard-like Unas are unquestionably evil.

This is because the only ones encountered are possessed by the Always Chaotic Evil Goa'uld who are referred to as "snakes" by several characters, though they're closer to eels. Later, the team finds un-possessed Unas, who are initially somewhat primitive and feral, but later show capacity for honor and other virtues. However, there was also the first Big Bad , Apophis, whose Jaffa wore snake-themed armour, and he himself wore golden snake armour.

Apophis was associated with snakes in Ancient Egypt , and as the premise was that the Goa'uld had inspired human religions by pretending to be gods. In the CSI: Miami episode "Identity," a sunbathing woman is killed and swallowed but for some reason not digested by a boa constrictor. Once again, this is more a case of Humans Are Bastards , as the snake had been illegally imported and died soon thereafter. The Sleestak were the worst sentient villains in Land of the Lost. Kamen Rider has multiple antagonists based on reptiles, most of them Monsters of the Week.

Some series also introduce reptile-based Kamen Riders, with the majority of them being outright evil. His human identity is Takeshi Asakura, a convicted but escaped murderer who has an unhealthy obsession with fighting. He is easily one of the most evil characters in the show. While he maintains the appearance of a successful businessman, he is no better than the aforementioned Kamen Rider Ohja, as he has no qualms about violently killing everyone standing in his way. He does start out as an antagonist and his armor is based on a snake, but later becomes an ally to the hero.

He has no qualms whatsoever in experimenting on innocent civilians, kill bystanders who stand in his way and even goes as far as to instigate a war between two nations, just to further his agenda. A brief scene in the Davy Crockett mini-series featured Davy up against a few alligators.